Manifest: The Making of Mefjus 2.0

My latest album ‘Manifest’ is the result of a two year process. In that period, a variety of people and music crossed my path and influenced the outcome. Here, you'll find the story of how the album found its form...

After the release of my first album ‘Emulation’ in October 2014, I spent a couple of days with Noisia and Hybris in Groningen (NL) to work on the tracks ‘Clusterfunk’ and ‘Reptilians’. During that time Thijs (Noisia) first mentioned (although I think jokingly) I should do something for Vision at some point. But after ‘Emulation’ I felt completely empty so I didn’t really consider it then.

Returning to Austria I just continued where I left and as time went by I finished other projects. Amongst other things, there was my remix of Ivy Lab’s ‘Sunday Crunk’, the feature on Noisia’s ‘Incessant EP’, my ‘Blitz EP’ and a collab single with InsideInfo for Virus Recordings.

Although there were several releases, I actually didn’t have much quality studio time to work on solo material in 2015. The year was mostly about touring. Meanwhile, it became some sort of a running gag that whenever I ran into one of the Noisia guys at a gig we would be joking about me doing something for them and that I should start sending them demos. But for some reason the timing didn’t feel right just yet.

The intense touring period in 2015 and beginning of 2016 had me stagnating and actually feeling quite unhappy with most of my songs in general. Creatively I wasn’t in the best place at that time. Late 2015 I finally started working on some new solo material and collabs with various people potentially shaping up to be a possible EP for Vision Recordings. Being quite unsure about the content I travelled to Groningen again to talk to Noisia about my demos. 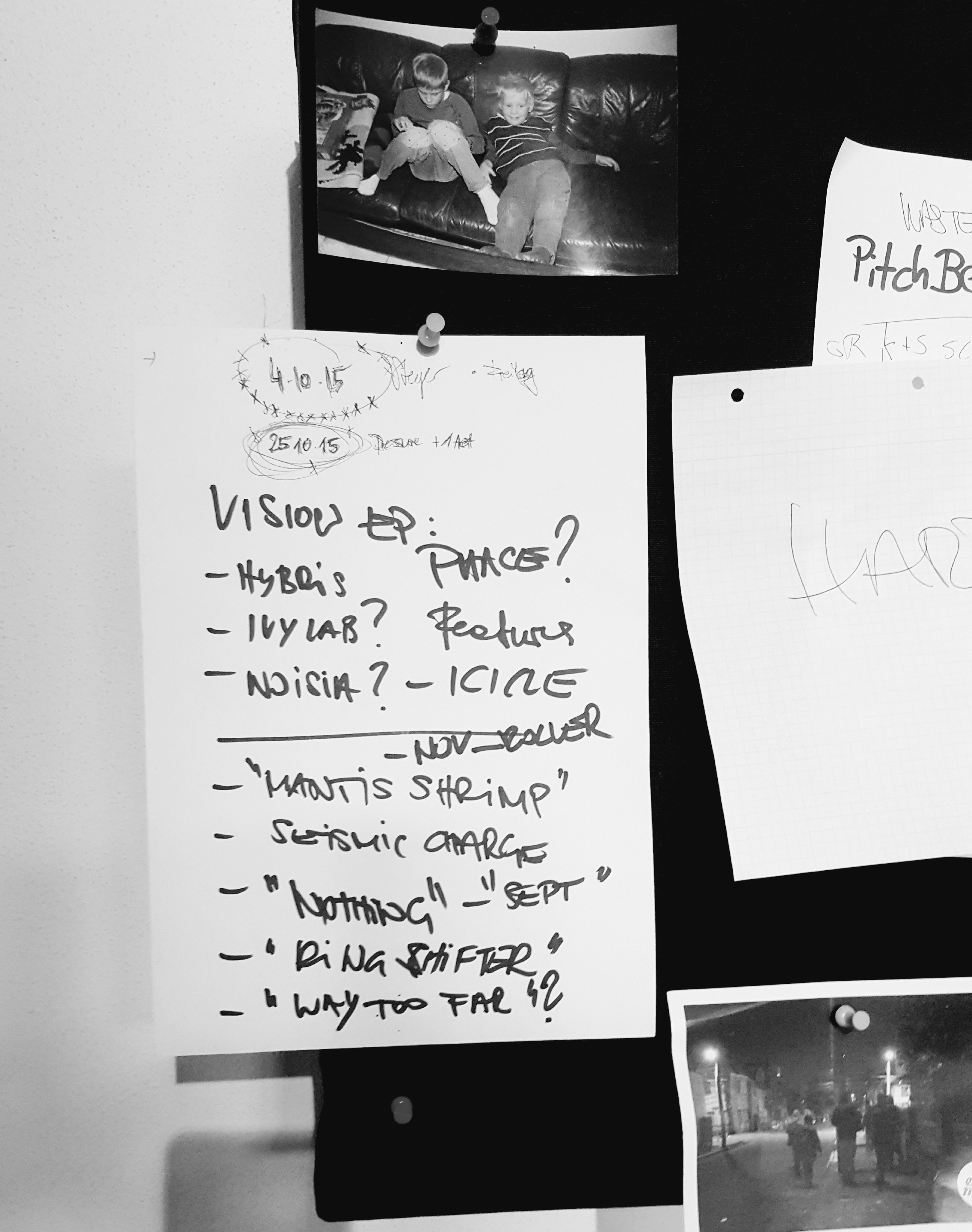 Going through those demos all of us were quickly leaning towards the idea that if this turns into an EP it should maybe contain mostly original Mefjus songs. I didn’t realise it at that point, but what then started as a simple A&R session for an EP turned out to be the kick-off for me to work on ‘Manifest’. Because of the idea that the EP was going to mostly contain original tracks, as a result, most of the collaborations I worked on turned into their own projects. Those became the ‘Wastemen EP’ with Phace, the collab ‘Efficient’ for Icicle’s new label (Entropy) and some others that are still unfinished on the shelves.

That last meeting with Noisia had me inspired again. I was overwhelmed by the depth of the feedback the guys gave me on the demos I brought and I thought: you know what, I am really learning a lot here! Feb 2016: In the Noisia studio with Nik & Thijs.

We spent some more time in the studio; comparing production techniques, working on some tunes, talking about music, production, life etc. I left super inspired to work and make more songs for the current project, which at that point would still be an EP.

In hindsight, another major aspect contributing to the making of this record is my relationship with my good friends Reini & Markus aka Camo & Krooked. Mid 2016 The guys were already super deep in their album ‘Mosaik’ and we were feedbacking each other pretty much on a daily basis. One might think that the fact that we make massively different music shouldn’t allow us to benefit from each other, but it has been the exact opposite. By operating in completely different fields, within drum and bass, both of us are able to evaluate each others music completely unbiased and maybe even add the odd outside of the box approach. 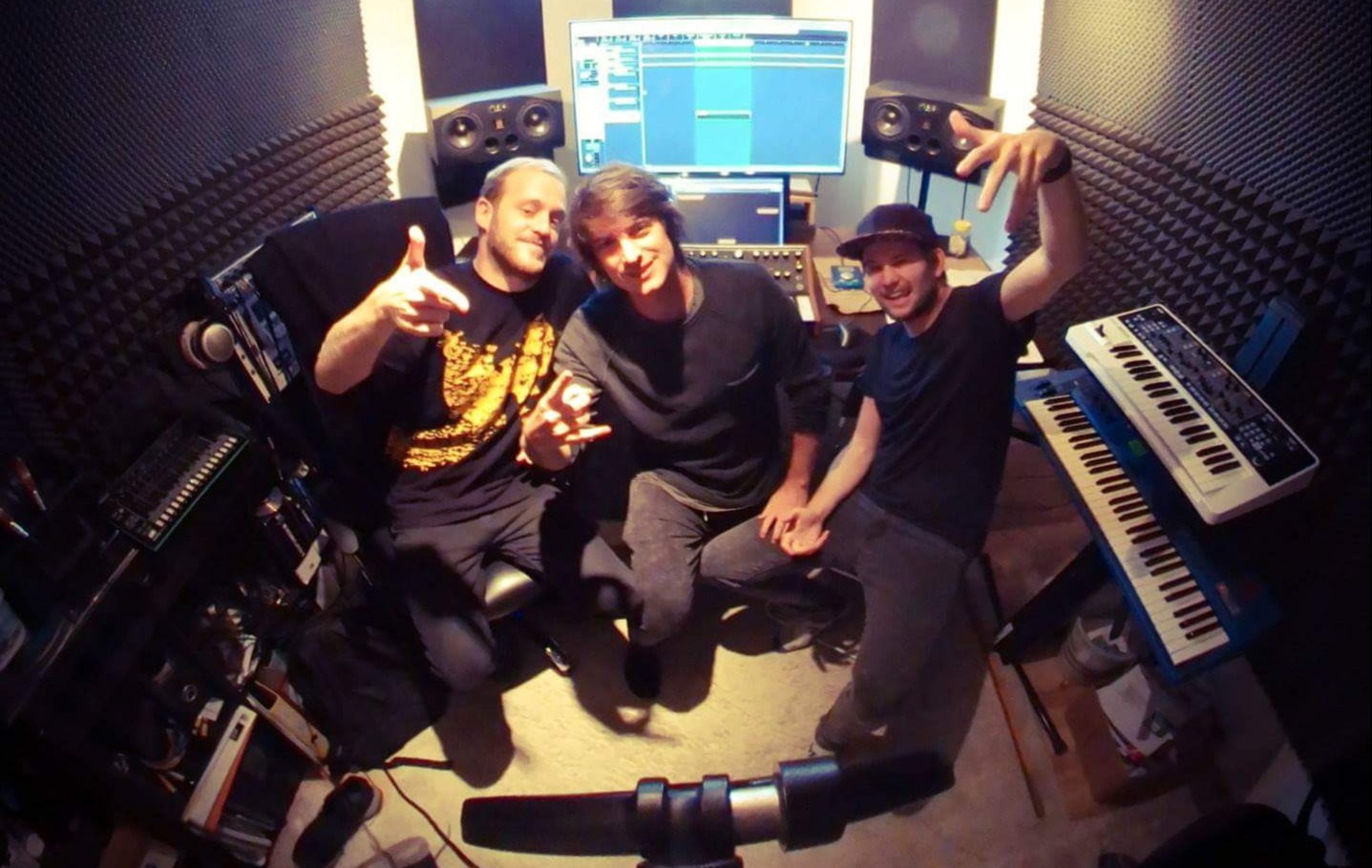 One day they came by my place and showed me their album, which already was amazing at that time. In turn, I showed them my demos, which they had some really good ideas for too. I remember I was really into one of their album demo songs particularly, which they weren’t completely confident about just yet. A few weeks after that session they suggested if I wanted to work on that song with them, which then turned out to become ‘Mandala’.

By the end of 2016, I was focussing on my solo stuff again. That potential EP project was actually developing quite nicely and I just kept writing song ideas to approach as many directions within drum and bass as possible. With a pool of about 25 songs, in January 2017, the Noisia guys and i had the third and last face-to-face session in Groningen. Each one of them took the time to go through all the songs with me one more time, track by track, separately, for me to collect each individual's feedback. Every thought and piece of advice was written down and used to find common ground between all this ideas and feedback. 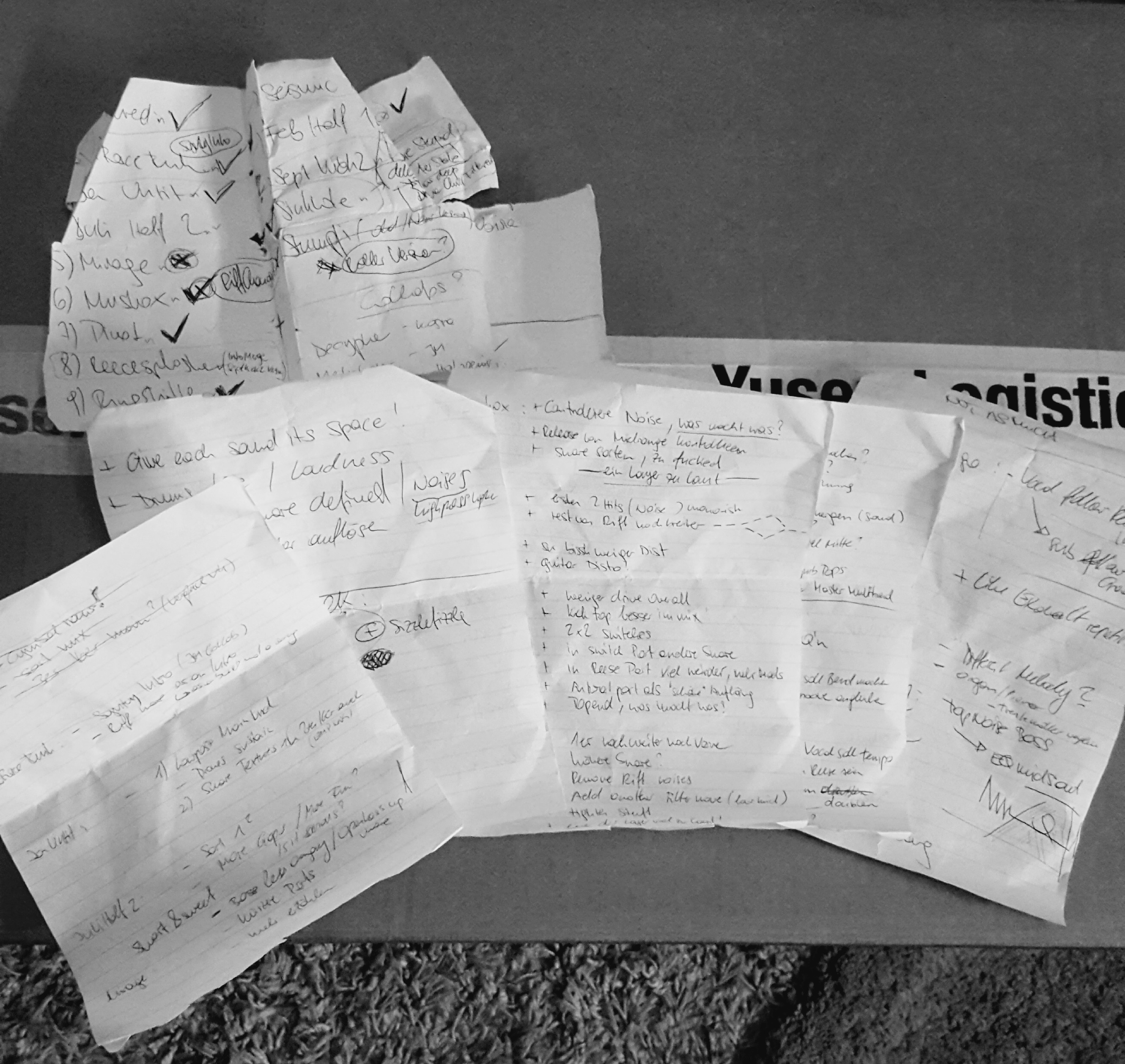 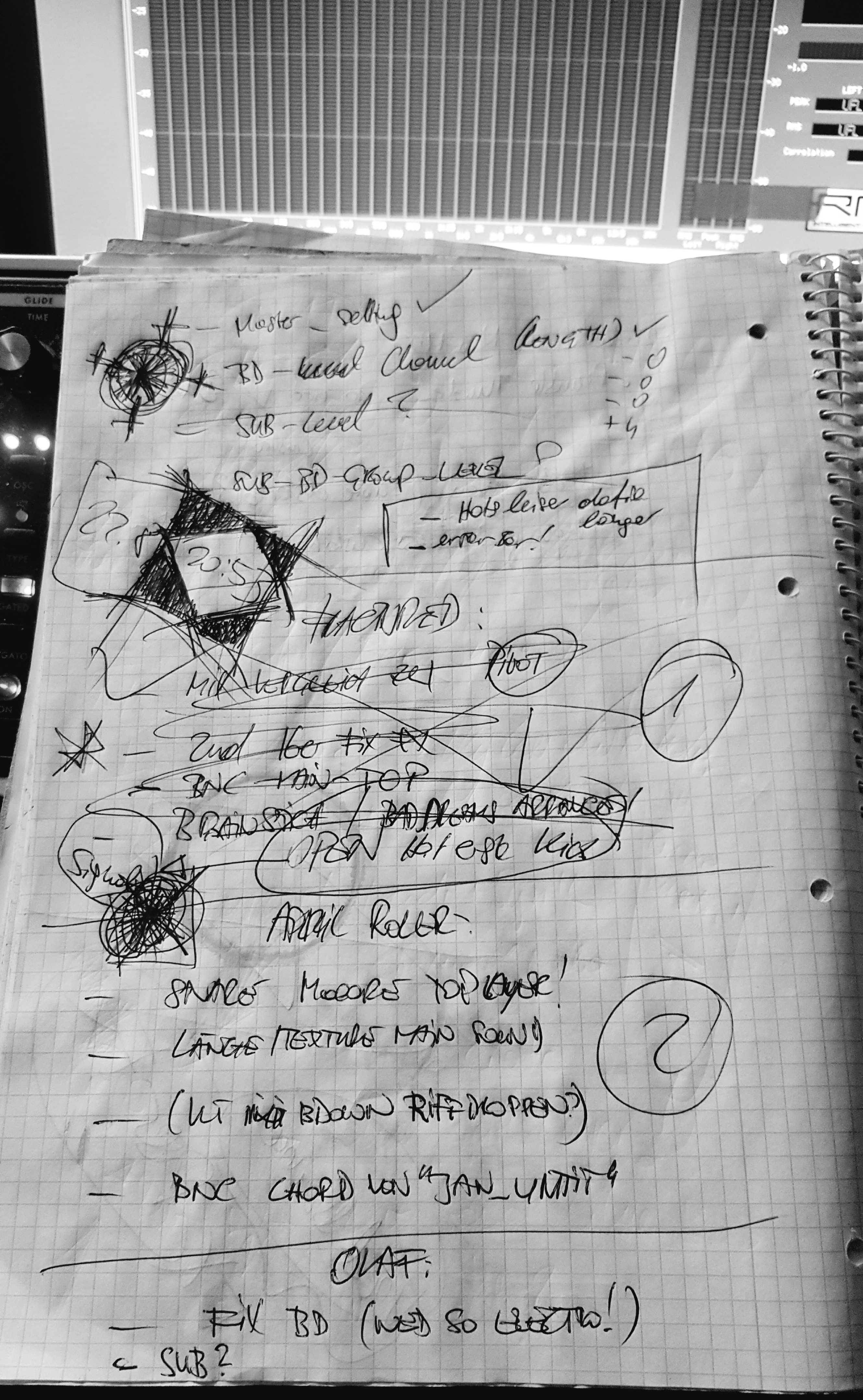 Jan 2017: Notes from the Mefjus-Noisia sessions.

With all this material, there wasn’t any way around it anymore: this was going to become a Mefjus album.

I told Kasra (from Critical, the label I was working with pretty much exclusively at that time) about my plans and explained why I wanted to do this project with our mutual Dutch friends. Kasra and everyone at Critical did a lot for me since I’ve started out and they are family to me; it was important for me that they would see why I needed to do this to grow as an artist, as loyalty is one of the most important things to me in general and I didnt want to jeopardize our friendship. I can gladly say Kasra was very understanding and supportive about my decision of doing my second album with Vision. 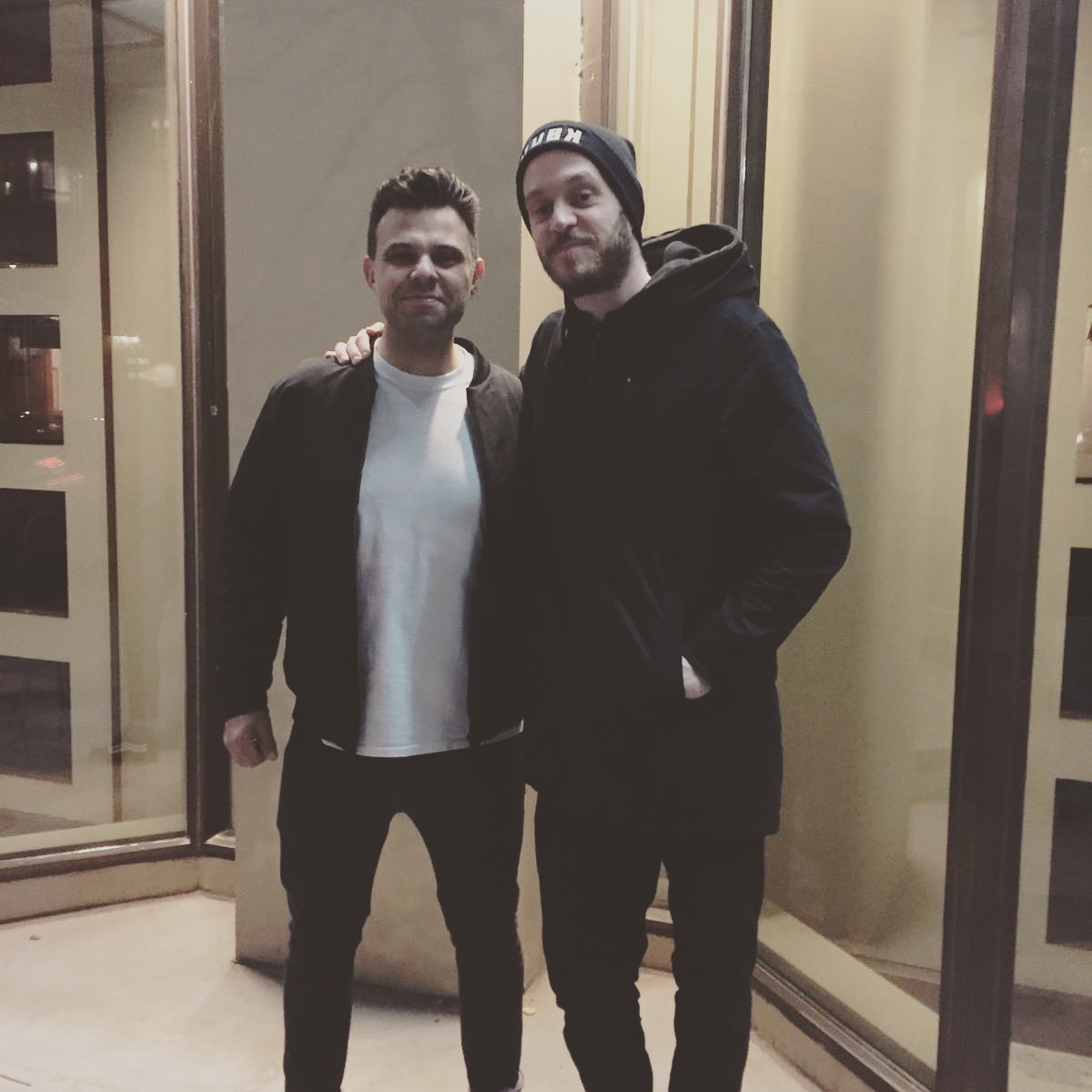 Nov 16: With Kasra in Toronto. Finishing the third North America tour that year.

2017 was consequently dedicated to finishing this record and figuring out a tracklist and a theme what this album is all about.

So, what was it all about? The first album had a concept from day one, but this time around that was missing- at least so I thought. I recall a conversation with Nik (Noisia) at the time I wasn’t really happy with any of my tunes. I was telling him that I was upset where I was, and that I really wanted to up my game production and content wise. That had been the basis upon which the new album was built, what it was about: if I was to do another album it really needed it to be like an update: Mefjus 2.0.

When we were discussing the album and tracklist, the reference of updating kept coming up. When Nik checked out a song during the last feedback session in early 2017, he was like: "Yeah this is cool, but it's not Mefjus 2.0 yet, it's Mefjus 1.5 tops." Of course I wasn’t going to settle for that, so I kept working on it.

In a way I wanted this new album to be a statement of a new, improved, grown up Mefjus. That conscious decision led me to just put solo songs on this 17 track record and even master it myself. It might sound contradictory, but through the support and friendship of many around me, this album became 100% me. Manifest took me two years to complete and reflects what I love about the diversity of drum & bass and all its sub genres as well as what I enjoy playing at clubs and festivals. Manifest is Mefjus 2.0.